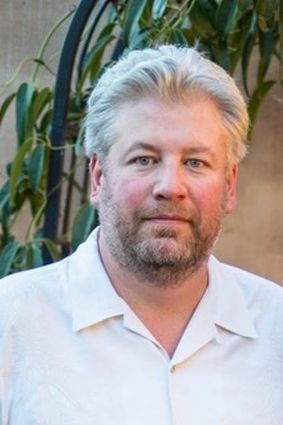 It is with deepest sorrow we announce that Lawrence "Aaron" Manning, 48, died April 7, 2020. He was born in Boise, Idaho, to Larry and Linda (Hammond) Manning. Aaron graduated from Eisenhower High School in Yakima, Washington where he was an accomplished three-sport athlete.

He attended the University of Washington before marrying his high school sweetheart, Grace Edler, and together they raised two children, Ava and Atticus.

Aaron loved sports and instilled an appreciation for the outdoors and physical activity in his children, leading countless family hikes and bike riding adventures. He also had a passion for cooking, spending many happy hours sharing the experience of developing delicious meals with both Ava and Atticus.

He spent over 20 years in the real estate business, most recently with Berkshire Hathaway Home Services NW, a career he chose so that he could spend more time with his children.

What you saw was what you got with Aaron. He had a "wicked" sense of humor and was unwavering in his beliefs, defending his opinions to anyone.

However, what people will remember him for the most was being a dedicated friend, a devoted family man, a loving son, brother and uncle.

Aaron was preceded in death by his father, Lawrence Jensen Manning, and leaves behind his daughter Ava, son Atticus, and their mother Grace, as well as his mother Linda Hammond, stepmother Julie Ward, sister Linda Manning and niece Aubrey Manning.

In lieu of flowers, contributions can be made to either: American Diabetes Association; American Cetacean Society Puget Sound; or Harbour Pointe Montessori (Mukilteo).

There will be a Celebration of Life at a time when family and friends can once again gather together.