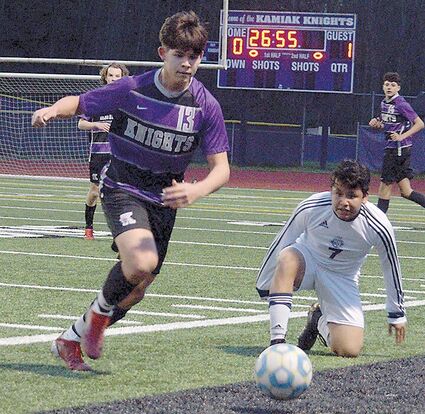 Kamiak wasn't worried, despite being down 2-0 to archrival Mariner.

The Knights were confident they would be able to rally, and they did just that, scoring four unanswered goals to defeat the Marauders 4-2 in a Wesco 4A boys soccer game April 1 at Kamiak High School.

Junior Koll Pehlivanian spearheaded the comeback with the first three goals, two in the first half, and one in the second to give Kamiak the lead. Teammate Blake Stevens added the insurance goal.

"We kept our composure," Pehlivanian said after the Knights fell behind Mariner. "We were pretty calm about it, and I think we always...