Lending a hand to Ukrainian refugees 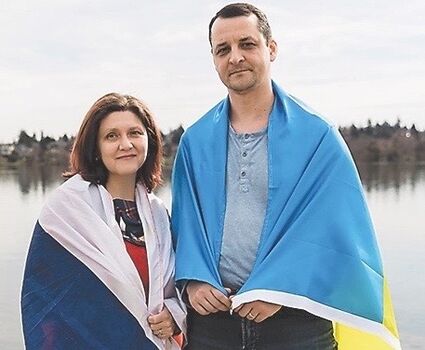 Picnic Point residents Marina and Michael Stiranka are taking time off from their jobs to help Ukrainian refugees in the Czech Republic.

For most people, the Russian invasion of Ukraine and the resulting carnage on innocent civilians is an unfolding tragedy they watch on television or read about in the newspapers.

But for Michael and Marina Stiranka, the war is personal.

Marina is Russian, while her husband is Ukrainian.

"We have family on both sides of the conflict," said Marina, who is currently helping Ukrainian refugees in a small city about an hour from Prague, Czech Republic. "It's been really difficult for us to process. My country is attacking my husband's country."

Watching the images of suffering civilians has been...