Marauders ousted in 1st round of state tourney | Boys basketball 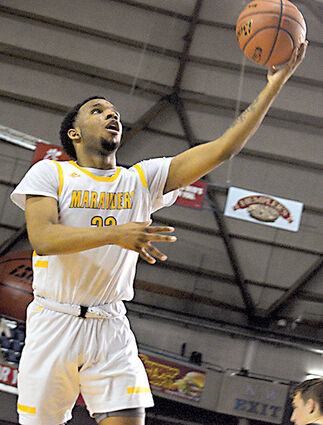 Mariner's Naser Motley goes up for a layup against Olympia Wednesday, March 2, in the Tacoma Dome.

The momentum seemed to have shifted Mariner's way.

After trailing for virtually the entire game, a basket by senior Naser Motley gave the Marauders a 39-38 lead against Olympia at the 5:27 mark of the fourth quarter.

The lead was short-lived, however, as the Bears responded with three straight baskets to pull ahead of No. 6 seed Mariner and held on for a 60-51 victory in a loser-out 4A state boys basketball tournament contest Wednesday, March 2, at the Tacoma Dome.

The loss was a disappointing end to a successful season that saw Mariner (16-10) secure its first appearance at the state tourn...