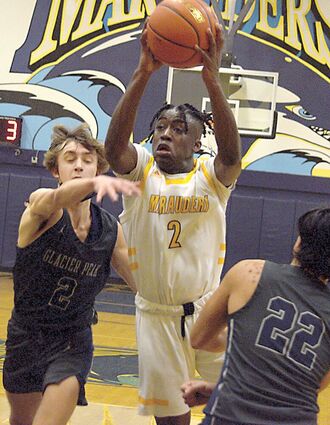 Mariner's Makai Bloomfield had the hot hand early on against Glacier Peak.

Bloomfield connected on three straight 3-point shots to help the Marauders jump out to a 17-10 first quarter lead.

But it was a 3-pointer late in the fourth quarter when Glacier Peak had cut the deficit to three points that effectively sealed Mariner's 53-43 victory in a Wesco 4A boys basketball game Tuesday, Jan. 25, at Mariner High School.

The victory moved the Marauders (5-0 in the league, 11-6 overall) into sole possession of first place in the Wesco 4A.