Sarah Kneller stepping down after one term 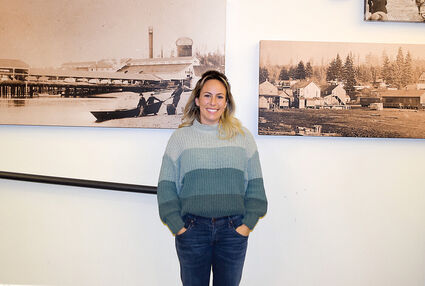 Mukilteo City Council President Sarah Kneller is looking forward to starting a master's degree program at Georgetown University and launching a new digital literacy program at the University of Washington.

Four years ago, Sarah Kneller approached her run for a seat on the Mukilteo City Council in a different way than most candidates.

Kneller did not campaign on a specific agenda.

"I didn't know that was a unique approach to public service," she said. "But I didn't have my own agenda. It was very much that I was coming from a place where there's a lot of people I'm talking to in the community that are not feeling like their voices are heard or that their opinions matter, and I wanted to be able to shine a light on those voices."

In her four years on the council, Kneller said she was able to accomplish those goals, often by listening more than she spoke as a councilmember.

"The community wants to feel heard. They want to know that we are listening to the feedback that they are giving," Kneller said.

Kneller found a lot of times that the simple act of listening patiently, attentively, and actively lets people know their concerns are being heard by their elected officials.

"Everybody's feelings in the community are valid, and everybody has an equal voice within our community," Kneller said.

One of her goals coming into office was to increase communication and accessibility between the City and the community. Kneller said she feels that objective has been achieved, though she acknowledged the pandemic pushed the city to move forward with virtual and hybrid City Council meetings.

"It was one of the things that I wanted to do from the beginning," she said. "But it was a bit of struggle. But with COVID, we were able to adapt."

Kneller will be as busy as ever as she leaves the council at the end of the month. Next year, she will be starting a master's degree program in technology management at Georgetown University, and she also is involved in the launch of a new digital literacy program at the University of Washington's Northwest Center for Excellence in Media Literacy.

Kneller became involved in the new digital literacy program through her work in the technology industry. Kneller is the executive producer of broadcasting for eSports for Valve Corporation, a video game software company in Bellevue.

"I have always had a passion for addressing online toxicity and bullying, because that's something prominent in the gaming community," Kneller said. "This is something that I deal with at work all the time."

Kneller is involved in the development of the curriculum for healthy online engagement.

"We need to learn how to engage in healthy behaviors online, and we need to learn that there are people on the other side of all the keyboards, and there is a lot of social and emotional intelligence that goes into how we engage with one another in person," she said. "But what we haven't done the work in is developing the social and emotional intelligence when we engage online."

The program will be working with educators, who can then go back to their own schools districts. Kneller said they also are developing a curriculum for grades K-12 in Washington.

"It's just a new world," Kneller said. "Our educational system needs to be able to catch up to all that. But our educational system, unfortunately, is not able to adapt at the rate at which the internet can change, and it's a really hard landscape to keep up with."

Starting in January, Kneller will be raising funds to establish the new school.

"As soon as we can secure the funds, we already have the professors at the University of Washington lined up who would like to participate in this," she said. "The curriculum is already being formed in tandem to this so that we can present the curriculum to donors. ... We are ready to hit the ground running as soon as we secure funding."

Having to navigate the diverse views of Mukilteo residents helped prepare Kneller for her future endeavor. Mukilteo has a lot of residents with progressive views, she said, and a lot who are more conservative.

Striking the balance between the two can be challenging.

While Kneller encourages others to get involved in public service, she wants people to know that being a city councilmember is not an easy job.

"It is a job for somebody who is willing to set their own egos aside and really try and do what's best for the community," Kneller said. "It means trying to find the compromise."

Mukilteo reflects what is going on in the country with a lot of political division. Kneller wants to see a constructive dialogue among residents and government officials.

"I hope as a community we spend more time focusing on compromises, and we can collaborate together and spend less time focusing on what someone else is doing wrong. It's really easy to point out problems. It's a lot harder to think of solutions.

"My hope is that as a community we can be focused on solutions. It's good to identify areas in Mukilteo for improvement. But it's even better to follow that up with some suggestions for solutions."

Kneller plans to stay actively engaged with the community through her church and organizations such as the Everett Gospel Mission. She wouldn't rule out another run for public office.

Kneller's hope for the future is to see a lot more humility in the way people serve the community. She wants to see public service more focused on public service and not politics.

The country is falling apart nationally, in Kneller's opinion, and she said she's sad when the national narrative comes home.