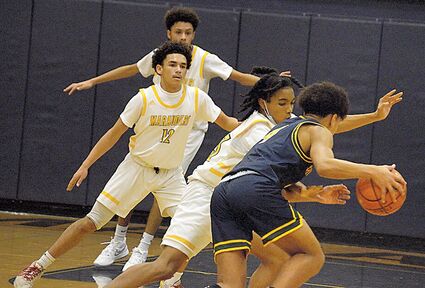 Mariner's game against Shorecrest was just the second of the season, but it had a definite playoff vibe.

The stands were packed, and fans enjoyed the back-and-forth contest featuring two of the top teams in the area.

With less than two minutes left in the fourth quarter, Mariner (1-1 overall) had a 5-point lead before Shorecrest sank a 3-point shot to cut the deficit to 2. The Marauders then had a chance to extend the lead, but missed the front end of a 1-and-1 free throw opportunity.

The Scots rebounded the ball and brought the ball up the court before calling a timeout. Not content to pla...