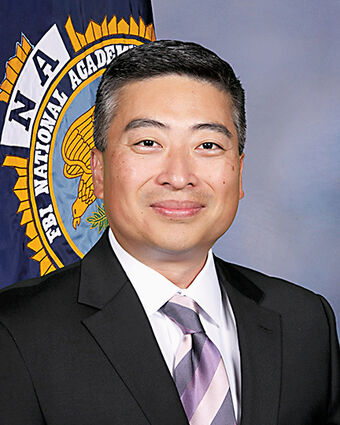 The City Council wants to add another full-time officer to the city's police force.

Police Chief Cheol Kang estimated the cost to hire an entry level officer at $106,000 for the entire year, but it would take the department six months to go through the recruitment and hiring process. Equipment for a new hire would run from $3,000 to $4,000.

The police department is budgeted for 29 commissioned officers, with 20 officers assigned to the patrol division.

"I think we've maxed out just about everything we can, and there is some discussion about potentially reducing some of the revenue increases that are included already," he said.

Like other law enforcement entities, the Mukilteo police department has been dealing with a staffing shortage. The department's attrition rate in recent times has been 3.5 commissioned officers full-time equivalent (FTE) each year.

Adding a FTE to the department would make a significant difference in service levels, Kang said.

"It maintains consistency with regards to response times," he said. "It provides additional consistency for our ability to serve and provide services beyond basic response to 911 calls for service. So, it helps us to address problem spots, hot spots, whether it's traffic-related issues, crime-related issues, or other specific issues that we're having in a neighborhood or other parts of the city."

Kang added in the last year and a half, the department is working hard to maintain staffing levels just to have enough officers to respond to 911 calls. The department has had to reassign personnel from specialty units to basic patrols.

"So, what would be the lower level of crimes aren't getting their due diligence with regards to follow-up, because we just don't have any staff to take care of that," Kang said.

Councilmember Richard Emery asked if an additional officer would cut down on overtime. Kang replied that, theoretically, you would think the overtime budget would be maxed out because of the high attrition rate.

"But because of the fact of burnout, and just that's only sustainable for a certain period of time when it comes to police operations," Kang said. "You just run out of steam, as a staff member, on the number of shifts that you're going to be able to help cover on your days off, to the point where you're just so exhausted, it's challenging even to come in for your regular shift. So that's where we ended up having to revert to pulling people out of specialty assignments, and temporarily assign them into a patrol position because you don't have that adequate number on a bench to be able to help cover that."

The overtime numbers don't reflect what they really should have been, considering the number of vacancies the department has experienced. The numbers have been offset because some of the other services aren't being offered to the community due to the lack of personnel.

"We don't want our staff to get burned out, especially our police department and our other first responders," Emery said.

"Overtime is not a sustainable option to maintain staffing levels," Kang added.

Councilmember Louis Harris, who originally proposed the idea of adding a FTE to the police department, championed the benefit of another officer.

"The point is that if we had adequate staffing, solid staffing, not as much turnaround, there would not be as much overtime. There would not be as much personal and psychological burnout that our officers go through in this very stressful job, doing very stressful things," Harris said. "And it would not wear people down to the point of not staying in jobs. ... We can normalize things here in Mukilteo, and we can continue to have a high level of service and continue to meet the needs of the community."

Council President Sarah Kneller took a look at the budget and came up with some possible cuts to help fund the new position. She cited possible reductions in funding for dog park maintenance, the council's travel budget, and the executive department's other professional expenses.

"I'm asking myself. What is the problem that we're trying to solve?" he said.

Champion said that while lawlessness seems to be increasing in society, the council has not had a discussion of whether crime has soared dramatically within Mukilteo.

"So, I guess for me, I'd like to see the data that says, OK, crime has jumped dramatically, and therefore based on this we need to increase our force," Champion said. "And then I think we need to do a full cost-benefit analysis."

If the City starts adding staff, Champion asked, what does that do to general fund expenses, and how will future councils deal with that?

Sales tax revenue is up in the third quarter of 2021.

General fund revenues are ahead of budget by 3.31%. The general fund is the City's main operating fund for governmental services.

Hunstock reported recreation revenue continues to improve after the closure of Rosehill Community Center due to the pandemic. Overall recreation revenue is 56.6% of budget through the third quarter with expenses below budget at 64.7% due to the impact of furloughs and lower program costs.

Overall general fund expenditures are 5.92% above budget through the third quarter with some annual expenses included in these numbers.