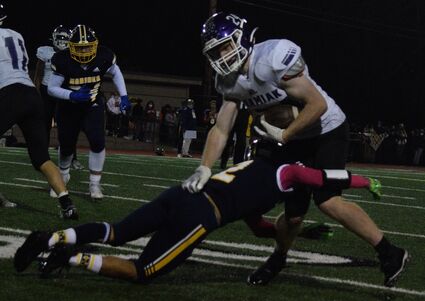 It has been a long time coming for the Kamiak football team.

But with their 41-14 victory over district rival Mariner Tuesday, Oct. 19, the Knights clinched their first playoff berth since 2014.

The Kamiak celebration at Goddard Stadium lasted a little longer than usual as players, coaches, parents, and fans savored the moment.

"It feels good to be in the playoffs," coach Bryant Thomas said. "We haven't been here in a while. ... It's something for us to celebrate as a program, as a staff. We're super excited about where we're at."