Redistricting changes may be in store for local voters 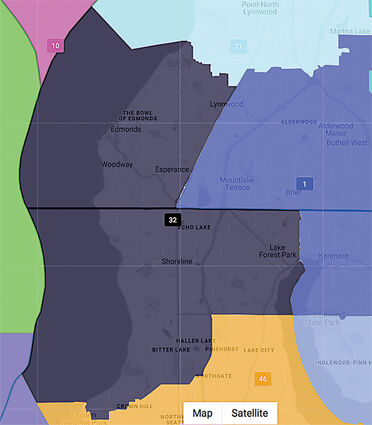 Mukilteo and Edmonds, two of Snohomish County's most prominent cities, have been in the same legislative district for years.

But that could change if one of the proposed maps from four voting members of the Washington State Redistricting Commission (WSRC) is adopted.

It comes from Senate Republican caucus appointee Joe Fain. It would take Edmonds out of the 21st Legislative District, which it shares with Mukilteo and parts of Lynnwood, and into the 32nd Legislative District south to the Crown Hill area of Seattle and east to Lake Washington.