Letting people know 'It's OK to not be OK' 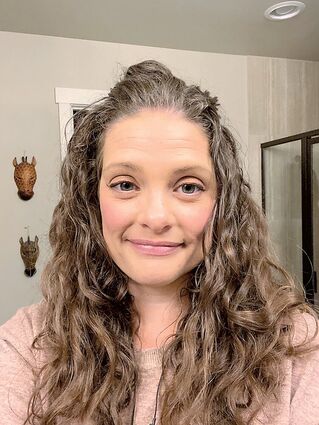 Erin Senge wants people to know being a mother is hard, and it's OK to have tough conversations about mental health.

Senge, president of the Parent Teacher Student Association at Mukilteo Elementary School and a mother of three children (11, 8, and 6), shared the story of her mental health challenges as part of Volunteers of America Western Washington's "It's OK to not be OK" campaign for Suicide Prevention Month in September.

In the campaign, Senge and others wrote a present-day letter to their former selves where they go back and talk to the person during an extremely difficult period in their lives.

For Senge, that time started just after the birth of her oldest daughter 11 years ago.

She didn't know it at the time, but Senge was suffering from postpartum anxiety, a disorder in which a person experiences excessive anxiety following childbirth.

"I hadn't heard about it and didn't understand it," she said. "I can look back now and know that during the first month of her life I was convinced she was going to die. I was terrified every minute.

"I didn't understand that it's not typical."

Senge had struggled with depression for much of her life, and later came to realize she also suffered from undiagnosed anxiety.

Senge and her husband had two more children, and life became increasingly chaotic.

"For me, it was more of a feeling of the nervous system being overactive," Senge said. "I was just tense. It was a heightened flight or fight thing. Being sleep deprived as a parent of young

kids, the noise of the kids arguing, all of that ratchets up the feeling that you can't relax. You can't take a breath.

"You can't respond. You can't think about complex things. You can't organize time or your mind."

It wasn't until after the birth of her third child, when a friend pulled Senge aside and talked to her about getting some professional help. The friend took her to a doctor. Senge worked with that doctor, and later another physician, to find the right combination of medication. The difference in Senge's life was night and day.

"Once I found the right combination of medication that worked, it was like putting on glasses for the first time," Senge said. "It made an enormous difference for me.

"I'm so grateful and lucky because I had a friend, who recognized I didn't need to be feeling this way."

Senge said it's especially important for mothers to talk about mental health before and after they have children.

"There's not enough conversation about the really, really hard stuff," she said. "This is something I've always been intentional about – sharing and having those conversations with my friends, who also are dealing with their own mental health issues with having kids."

Getting screened for postpartum issues and mental health issues in general is important for mothers, Senge added.

The message Senge and others want to communicate in the "It's OK to not be OK" campaign is that life can get better if you get the proper help.

"It's a way for myself to go back and talk to myself and say this is all really, really hard and it could be easier, and it will get easier," Senge said. "It's not just white-knuckling it until it gets easier. It's asking for help, knowing that there is help."

When she looks at a photo from 2015, Senge can see the stress she was feeling. She is much happier in the 2021 photo.

Sharing the details of her experiences with postpartum anxiety with others has enriched Senge's life.

"I like to talk about this stuff. I have found being vulnerable and sharing this part of me has led to some of my most rewarding and valuable friendships," Senge said. "I think most people can relate and appreciate seeing other people's experiences. The more we talk about it, the easier it gets for everybody."

Even though everything looks fine from the outside, you know you aren’t OK, and it’s OK. It will still be a little while before you understand that you have been struggling with Post Partum Anxiety (on top of existing, undiagnosed anxiety) for more than five years, the whole time you’ve been a mother.

Soon, you will get help, and medications, and you will wish you had both much earlier in life. You will mourn the time and experiences lost to struggles with mental health, but you will be both stronger and more sensitive because of your experiences, strong enough to become a vocal mental health advocate.

Your body and mind will relax, your fears will recede, and your intrusive thoughts will quiet.

You will marvel daily at your new ability to accomplish tasks - both simple (like laundry!) and complex (like volunteer and activist leadership!). You will treasure the relationships built on your vulnerability, from sharing your experiences honestly with others. In five years, you will not believe what are able to navigate (no spoilers!).

It’s always OK to not be OK, but it can and will get better. You were (and are still!) doing your best and I am so proud of you for always showing up, and for talking about it when it’s hard. Keep talking, and

just keep going. The world needs you, and your people need you. 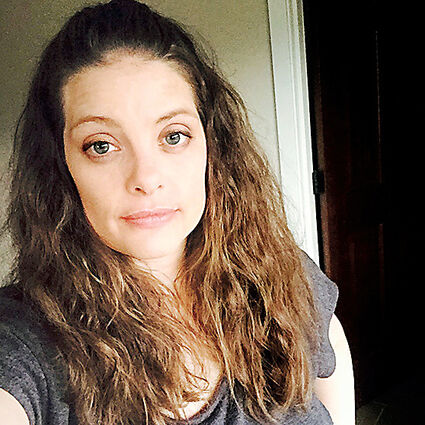