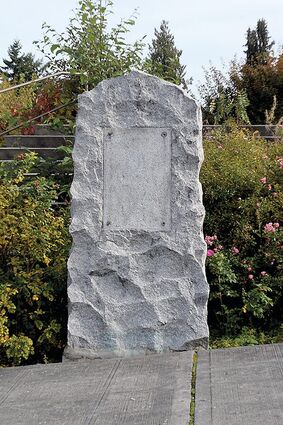 The plaque commemorating the signing of the Point Elliott Treaty was stolen last October.

The City has contacted the Tulalip Tribes for their possible input on the replacement of the plaque commemorating the signing of the 1855 Point Elliot Treaty.

Vandals defaced the 1931 monument and stole the bronze plaque last October. Public works staff removed the graffiti spray painted on the monument. Police said there are no new developments in the search for the stolen plaque, and the case is not inactive.

In a letter to Tulalip Tribes chairwoman Teri Gobin, Mayor Jennifer Gregerson said the vandalism of the monument and theft of the commemorative plaque "has led to a valuable opportun...