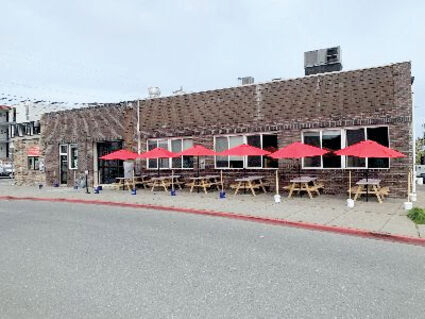 Diamond Knot Brewery & Alehouse closed its outdoor dining section, which was located on the west side of the building on Lighthouse Park property.

Customers no longer have the option of outdoor dining at Diamond Knot Brewery & Alehouse.

Last week, the City told the restaurant to remove six tables located on the sidewalk on the west side of the building, which is part of Lighthouse Park property.

Mayor Jennifer Gregerson said the Washington State Recreation and Conservation Office (RCO), which had originally signed off for the City to approve the restaurant's permit to operate on the sidewalk, rescinded the approval after being contacted by a resident.

In today’s post Covid-19 environment when businesses are struggling too get back on their feet, it’s too bad that the city can’t offer other options to Diamondknot for occupying and providing services in the park-owned sidewalk. Regardless of the state and county codes, sometimes we need to allow exceptions.