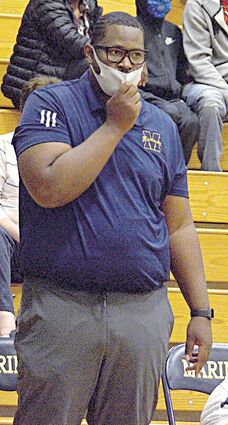 Mariner coach Reggie Davis, seen here earlier this season, pulled his team from a May 20 game at Lakewood. A Mariner player said racist comments were directed at the team.

An investigation has been launched into racist comments that were allegedly directed towards the Mariner girls basketball team during a May 20 game against Lakewood at Lakewood High School.

"We received a complaint from one of the Mariner players...