Our place in the sun | Off Kilter 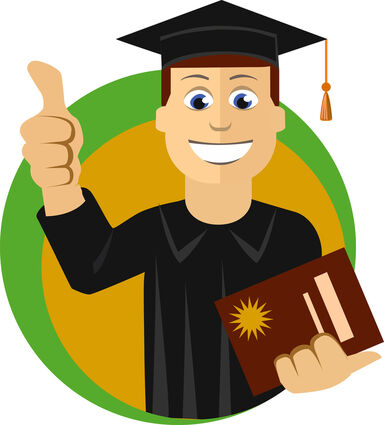 From time to time, I get to thinking about how we all fit into the grand scheme of things. For many of us, a few key decisions (or opportunities) can set us on a lifelong path. College can be that period in which some of us reach those decisions. For others, it is getting an advanced degree.

Most of us if brought up in a middle class home were told by parents, school administrators and relatives that we should get a college degree. Now that's after 12 years of primary and secondary school. Many of us, having heard how great college is, look forward to it. Some of us didn't really want another four years of school. In fact, today lots of blue collar jobs pay better than some college graduates make. Many of these "trade jobs" can pay a six figure income. Then, we can commiserate with Bluto (Animal House) about wasting his time in college: And he was expelled only because he caused a dead horse to wind up in the Dean's office.

From what I saw and learned while an undergraduate, college could really open one's eyes to life's possibilities, or conversely it could simply add to the confusion of what to do with your life. When I think back to all the young people I knew who went to college, by far the only group that seemed to know exactly where they were headed were future doctors. Some wanted to associate with future doctors. In my own experience, other than future doctors, I found great confusion about future careers for many.

Graduate school: In my own case, and also for many of my fraternity brothers, the approaching end of undergraduate school had not clarified our specific career paths. (Funny, almost all of us were getting an engineering degree – so one might assume our future career path was already determined.) So what to do? Go to graduate school! Now graduate school can be just about whatever you want it to be. Many attend school part time (evenings, or weekends, or now on-line – University of Phoenix – the largest private university in the country). In many cases attendees have full or part time jobs. So this is often when a career path starts to take shape.

Well graduate school gives you that opportunity. It provided me with the opportunity to meet some extraordinary people from MIT – who were inventing some very advanced communications equipment. That first position in an entrepreneurial venture really "sold me" on that career path.

The most interesting part of all this, as I look back, was that graduate school showed me that one could follow any career path one wanted to.

Furthermore, I noticed that many entrepreneurial oriented people didn't really look for a job. Rather, they followed their own interests and the career path followed that. They were often not motivated by chasing money, but instead money followed their intellectual interests. I tell all my students (teaching entrepreneurship as a way of giving back) that if you develop a passion for anything – you should follow it and make your own way in the world.

My time at business school really showed me that if you were willing to work hard, you could achieve whatever you set your mind to. Also I've read in certain books that you really "fail your way to success." In other words, no path is free from failure. These are learning opportunities. If you follow the careers of the founders of all our very large successful high tech companies (Facebook Google, Amazon, etc.) you see those who indeed failed their way to success.

So in summary, we all either by choice or accident find out place in the world. What I really enjoyed about the ending of Animal House was that the passion these misfits followed in college led them to various successes in life. You see Bluto driving away with the caption (Senator and Mrs. John Blutarsky – Washington D.C.)