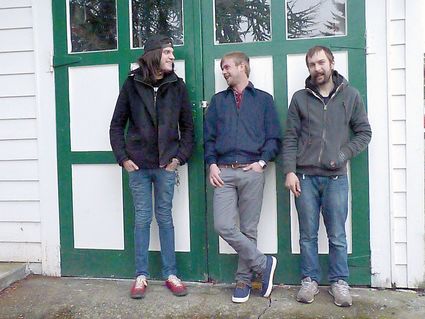 Thomas Erak, Tim Ward and Andrew Forsman of The Fall of Troy have released a new album called Mukiltearth.

The boys are back.

Four years after its last recording, the Mukilteo-based post-hardcore band The Fall of Troy has released a new album – "Mukiltearth."

The three original band members – Thomas Erak, Andrew Forsman and Tim Ward – returned to the studio to produce what amounts to a look back at the roots of the band, and then jumps ahead 15 years to celebrate the reformation of the group.

"It was the right time for us to do something," said Erak, who is the lead singer and plays guitar. "It all came together. It's been doing really well. The response has been very positive."