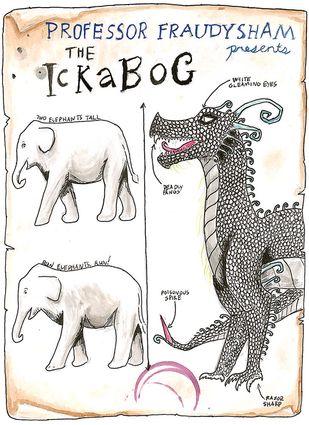 Picnic Point fifth-grader Esmé Wright's illustration is featured in J.K. Rowling's latest book, "The Ickabog," which will be released next month. Wright is one of 34 young artists whose illustrations are included in Rowling's newest book.

About three months ago, the Picnic Point Elementary fifth-grader submitted a drawing as part of "The Ickabog Illustration" competition. "The Ickabog" is J.K. Rowling's latest book, scheduled to be published Nov. 10.

Esmé's mother, Margot Malone, who helped upload the illustration for the contest, received an email from Rowling's publisher, Scholastic, informing her that Esmé's drawing was going to be one of 34 entries included in the book.

The two read and reread the email from Scholastic just...