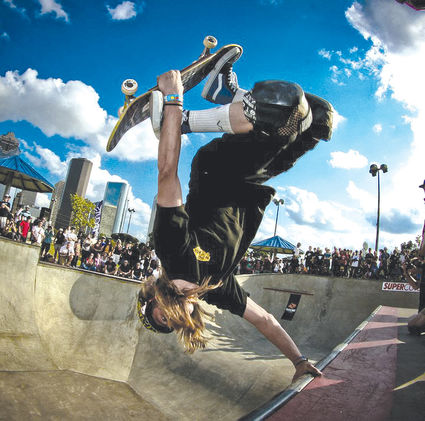 Siljeg does a tuck knee invert in the 14-foot deep end of the skate park in Houston during the third annual Rock the Cradle pro bowl skateboarding competition.

Editor's note: The Beacon is republishing stories we think will be of interest to readers. This feature is on Sky Siljeg, a skateboarder, who won a World Cup event. The story, written by former editor Sara Bruestle was originally published Nov. 10, 2010.

Professional skateboarders of the world beware: a 16-year-old Mukilteo skateboarder is riding up the ranks.

"It's definitely a crazy feeling," he said of winning. "I remember when...