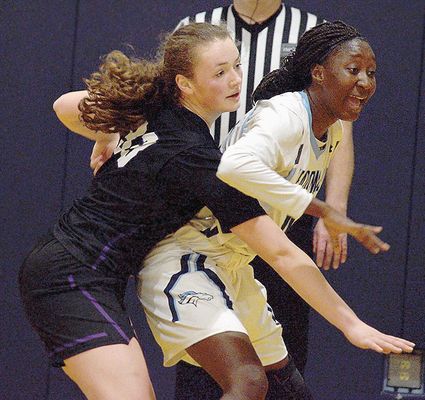 Three days after its worst loss of the season, Kamiak responded with two of its better performances.

The Knights took a positive step forward in a 48-42 loss to Meadowdale in a nonconference girls basketball game Thursday, Jan. 2, at Meadowdale High School, and then defeated Cascade 54-25 in a Wesco 4A contest Friday, Jan. 3, at Kamiak High School.

The Knights were coming off a 72-39 nonconference loss to Bothell in which they were outscored 24-4 in the first quarter.

Kamiak coach Brian Norman was glad to see how his team responded after the tough loss to the Cougars.