Small plane lands off the runway at Paine Field 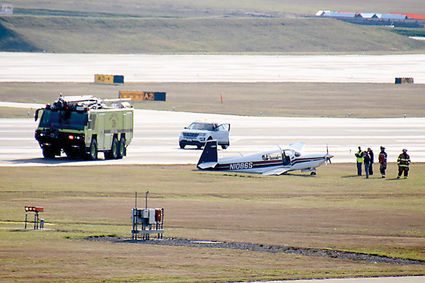 A single-engine plane landed abruptly at Paine Field after technical difficulties Dec. 29. No one was injured.

A single-engine airplane landed off the runway at Paine Field after the landing gear collapsed Sunday, Dec. 29.

The pilot and one passenger were the only people on board. Authorities said neither were injured and there was minor damage to the aircraft.

A pilot and passenger were approaching the airport around 11 a.m. in a single-engine Mooney. When it touched down, the main landing gear on the right side of the plane collapsed, which caused it to drift off the runway into a grass buffer, said county airport spokesman Scott North.

The plane was towed off the runway, which reopened within an...