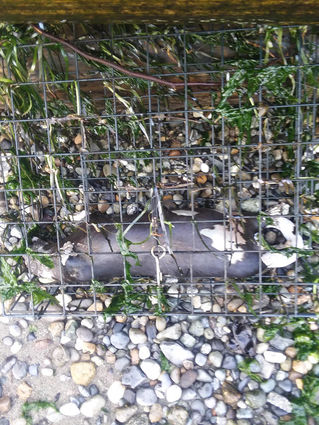 The river otter was found locked in a crab pot beneath a pier on Lighthouse Park.

There were supposedly three resident otters that spent their time around Lighthouse Park. Now there are just two.

An otter was found dead on the shores of Lighthouse Park Nov. 25. It was discovered by residents picking up trash beneath the pier.

The culprit was a crab pot.

Julie Carpenter, associate curator of birds and mammals at the Seattle Aquarium, said the marine animal was likely a North American river otter. She said sea otters and river otters have distinctive rear limbs that tell the two mammals apart.

"A sea otter rear limb does not look like a paw, but rather a flipper with...