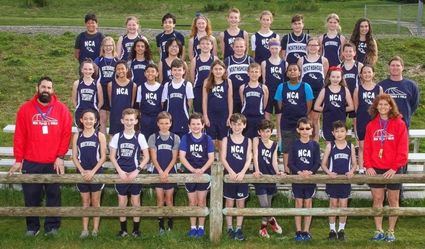 The Northshore Christian Academy fifth/sixth grade track and field team finished up its season on Tuesday, May 21.

Training on the grounds of the school without the benefit of a track, the 35 athletes showed their flexibility, determination and excitement as most of them attempted multiple events for the first time.

Competing with 14 middle schools from Marysville to Puyallup, the team brought home over 300 ribbons in their four meets and set 17 school records, some of which have stood since 2008.

Several of the athletes produced marks that rank them among the top par...