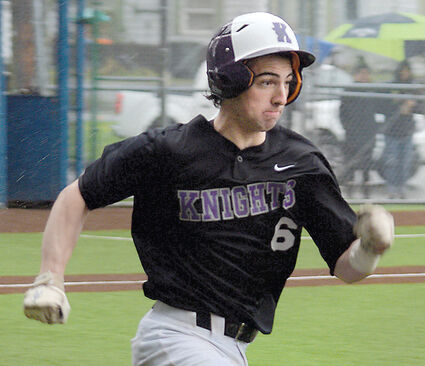 Kamiak's Will Kunz dashes to first base.

The Kamiak baseball team is off to a promising start.

After dropping its season opener to Lincoln, the Knights have strung together three straight victories over North Creek, Arlington, and Snohomish, and they were on their way to a fourth over Meadowdale when the umpires called the game due to rain.

Kamiak coach Clarence Trinidad said that pitching and defense have carried the Knights so far. He also liked how the Knights kept their intensity up throughout the game.

"When they need to, they score late in the game," he said. "We're not really hitting the ball all that well. Our defense ha...