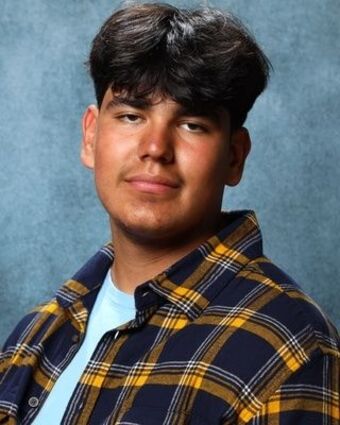 Sophomore Calvin Gutierrez is Mariner's Track Athlete of the Week. Calvin, has demonstrated exemplary work ethic both on and off the track, dedicating himself to weight room training since the end of his freshman season and modeling hard work, leadership

and coachabilty for teammates at practice. And, his work is paying off. At his first met on Friday, Calvin improved significantly over his best Freshman marks, bettering his Shot Put by over 3.5 feet and Discus by 20 feet! His Shot Put mark ranks him as the top sophomore in WESCO, and his Discus mark ranks him number 2. While he has not had the opportunity to compete in the Hammer this season, his practice sessions show equally impressive improvement. In addition to his individual performance and dedication, Calvin is an equally impressive teammate. He is always quick to help teammates get better in practice and brings positivity to practices on a consistent basis.