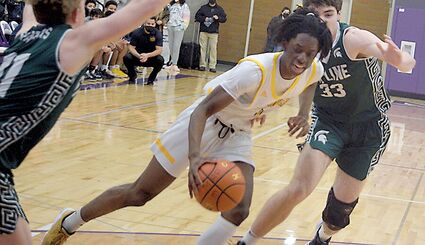 Mariner was forced to take a detour to get to the Tacoma Dome.

After dropping its district boys basketball opener to Jackson, the Marauders responded with three straight victories over North Creek, Skyline, and the Timberwolves to punch their ticket to the 4A state boys basketball tournament.

Mariner avoided elimination by beating North 80-60 in a loser-out game Tuesday, Feb. 15, at Mariner High School, and then upended Skyline 74-54 in a winner-to-state regionals contest Thursday, Feb. 17, at Lake Washington High School. The Marauders then exacted a little payback by defeating the Wolfpack...