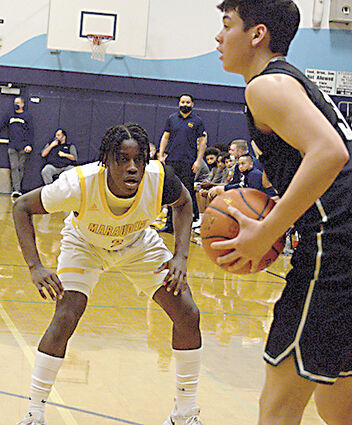 The first few minutes of Mariner's 4A District 1/2 boys basketball playoff opener were a bad omen.

A scrappy Jackson team that lost twice during the regular season to the Marauders was outplaying Mariner on both ends of the court.

The Timberwolves seized an 11-2 lead with inspired defense and solid execution on offense.

The Marauders regrouped, but never were able to take the lead at any point in the game in a surprising 62-57 loss to the Wolfpack Saturday, Feb. 12, at Mariner High School.