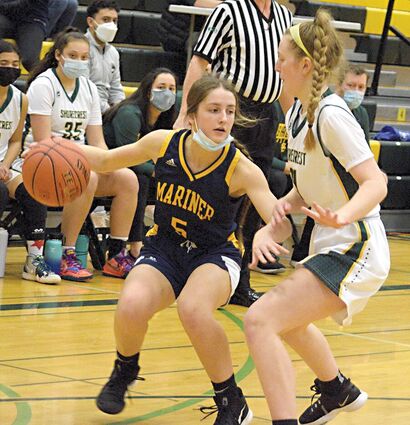 Mariner learned a valuable lesson in a 55-36 loss to Shorecrest Thursday, Jan. 6, at Shorecrest High School.

In their season opener, the Marauders overcame a 20-point deficit in the second quarter to stun the Scots 56-53.

Mariner coach Reggie Davis told his players Shorecrest would be ready for them in the rematch. The Scots jumped out to a double-digit lead in the first quarter and cruised to the victory.

"It seems like they got our number in the first half," Davis said. "I told the girls before the game they want to win this game more than you do. You're g...