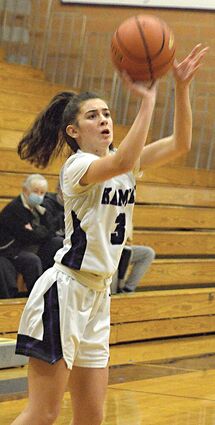 The Kamiak girls basketball team appears to have found its rhythm.

After losing four of their first five games to start the season, the Knights have rebounded with three victories in their last four contests, including a decisive 68-24 win over Cascade Jan. 5 at Kamiak High School.

"It was a pretty well-rounded game with everybody contributing," Kamiak coach Maybelle Tupua said. "I think we shot the ball well, rebounded well, and had minimal turnovers."