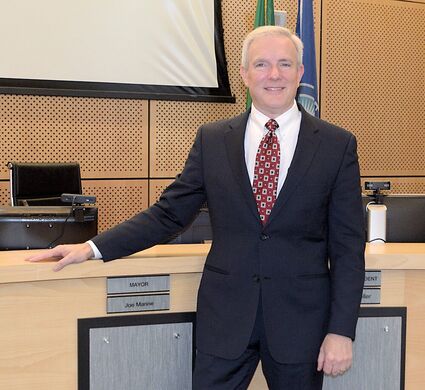 Joe Marine started his third term as mayor of Mukilteo this week. He previously served as mayor from 2006 to 2013.

He is a little older, and he says a little wiser. His hair is grayer.

But the Joe Marine that Mukilteo residents have known for more than 24 years remains fundamentally the same man voters first elected to City Council in 1998.

Marine describes his leadership style as being focuse...

While there are certainly other important issue, I am encouraged to read that Mr. Mayor is focused on enforcing our traffic laws. The Speedway and the Lighthouse Park seem to be destination magnets for loud exhaust systems, cruising and racing. And unfortunately, MPD don’t seem to have the resources to enforce the law and order. But one major issue the Mayor neglected to identify in his interview, is the NOAA property. In my opinion, it would be a huge travesty if the City couldn’t come to terms with NOAA and procure the property for the City’s use.