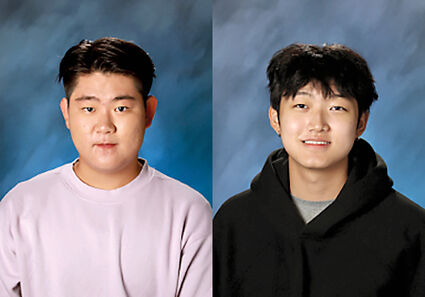 The Kamiak Athletes of the Week are Aaron Lee and Josh Lee. They both had a dominating march to the WESCO 4A district tennis doubles championships. Aaron and Josh convincingly defeated the #2

spot at the state tournament next May. They both

served as co-captains this season for a team

that went 14-1 and have each earned multiple first team all-conference honors during their four years. Aaron and Josh are tremendous academic students and excel in other endeavors at Kamiak. Congrats, Aaron and Josh!