Mariner sends longtime coach out with a victory | Football

Mark Stewart is retiring after a 36-year coaching career 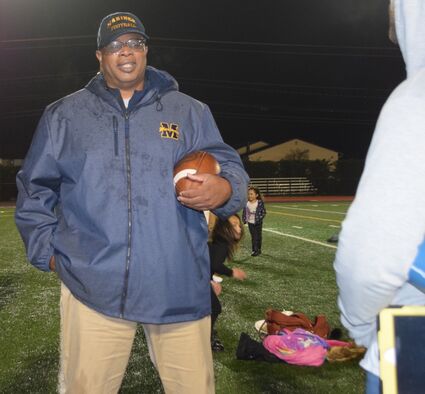 The smiles and hugs could be seen all over the gridiron Friday, Oct. 29 at Goddard Stadium.

Mariner had just beaten Jackson 33-13 to wrap up the 2021 season. It was the Marauders' fourth victory of the season.

But the celebration on the field had more to do with a coach than the results of a game.

After a 36-year career, including the last seven as head coach at Mariner, Mark Stewart has stepped down from his position with the Marauders.

Stewart started thinking about retirement this summer after talking with his family. The decision wasn't easy because he still enjoyed his job.