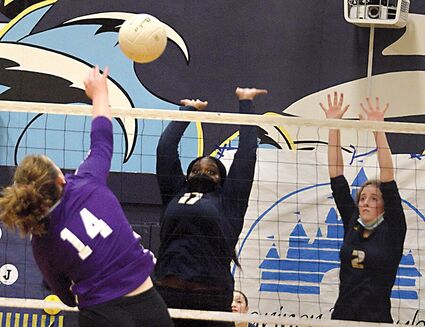 Kamiak tuned up for the upcoming district playoffs with a solid 25-11, 25-11, 25-23 victory over district rival Mariner in a Wesco 4A volleyball match Thursday, Oct. 28, at Mariner High School.

The clash has a little bit of everything for the Knights, who are the No. 4 seed to the Wes-King tournament.

The Kamiak offense got rolling early, jumping out to a 14-0 lead in the first set. The Knights continued to dominate in the second, but then faced a rejuvenated Mariner squad that rallied in the deciding third set. The score was tied nine times.

"I was proud of them," Kamiak coach Jason Davis...