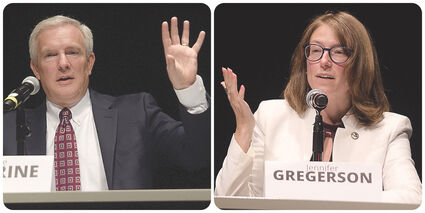 Mukilteo voters will elect an experienced executive as mayor regardless of who wins the Nov. 2 general election.

Each of the two candidates, Mayor Jennifer Gregerson and Councilmember Joe Marine, have served two terms as mayor and have extensive time on the City Council, and each did their best to convince voters they deserve a third term.

Gregerson, who was first elected in 2013 and reelected in 2017, described how her parents helped cultivate her interest in government.

"They brought me to one of the meetings at the county and the City Council," Gregerson said. "That's where I learned tha...