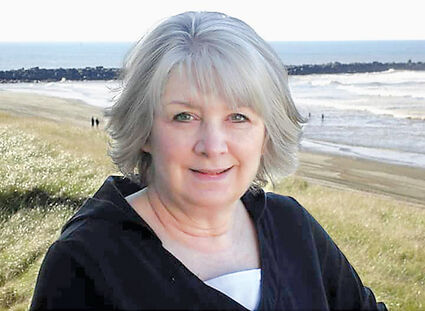 Wife, mother, grandmother, mentor, friend. Linda Chittim imbued each of those titles with care and love during a full life. That rich legacy came to a close on Monday, Oct. 4, at the age of 71.

Messages of condolences and sorrow have abounded since the news of Linda's passing spread. They repeatedly expressed appreciation for her. "A gem!" "A wonderful woman!" "More than special." "So amazing." "A special kind of angel." "A great woman." The tributes flowed.

Everyone who knew Linda felt, and appreciated, her open heart.

But make no mistake. Linda didn't suffer fools lightly. She wasn't easily hoodwinked, and she wouldn't hesitate to call out hooey when it was deserved.

Yet, she never stopped loving and caring for those who knew her, even when they fell short.

Her co-workers at Beacon Publishing knew that as well as anybody. Linda was The Beacon's first hire not long after it launched in 1992.

Hired to help on the advertising and business side of the operation, Linda rose with the company to become its general manager. She was a guiding light, using that tough love to mentor the company's growing force, and became known as "The Beacon Mom." She retired in 2016 after 23 years.

"Her retirement was difficult," Publisher Paul Archipley said. "Her death is heart-breaking. She was special."

Her combination of business acumen and personal leadership was recognized beyond The Beacon's doors, too, when the Washington Newspaper Publishers Association in 2011 presented her with the Dixie Lee Bradley Award for "consistent, quality work in the community newspaper industry."

A 1968 graduate of Meadowdale High School, Linda first went to work at Safeco in downtown Seattle where she fine-tuned her business skills and work ethic.

Despite Linda's dedication to her work, she never short-changed her family and friends. She married the love of her life, John, enjoying 52 years of marriage together. They honeymooned in Ocean Shores, which became the family's go-to vacation spot, from camping in the early years to a vacation home as they aged.

After their daughter Jennifer was born, Linda took time off to become a full-time mother. The couple raised their daughter in their Lynnwood home of 33 years, later moving to Mill Creek to be closer to their grandchildren.

Over those years, Linda built a reputation for being a fun-loving hostess, entertaining guests at annual Oscar and New Year's Eve parties, as well as game nights and other events. Linda's home was always open to kids and others who needed "a mom" to care for them, too.

When Jennifer and her husband Scott started raising their own family, Linda helped raise her grandchildren by caring for them a couple of times a week while the parents worked. She made sure to carve out quality time with her three grandchildren separately, spreading her love to each one-on-one. From concerts, to sporting events, to other activities, Linda and John were always there to support them. Her love for them continues to live in each of their hearts.

Linda A. Chittim was born Sept. 29, 1950, in Seattle, Wash., to Richard and Catherine Wolff. They preceded her in death as did her brother, Richard (Jay) Wolff, Jr.

A memorial is being planned and will be announced soon. In lieu of flowers, the family suggests donations be made to the National MS Society at http://www.nationalmssociety.org/donate.