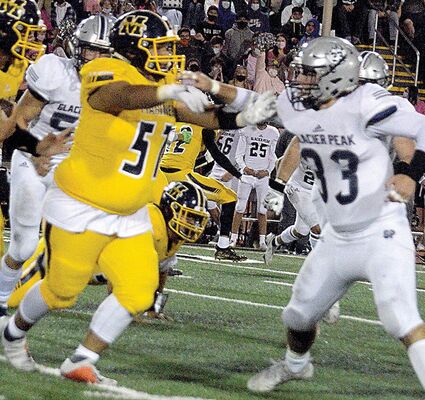 Mariner hung with Glacier Peak for the first quarter.

But the Grizzlies scored four unanswered touchdowns in the second quarter to pull away for a 48-20 victory in a Wesco 4A football game Friday, Oct. 1, at Goddard Stadium.

Though disappointed with the Marauders' second straight loss after opening the season with three victories, Mariner coach Mark Stewart saw a silver lining in his players' performances in the second half.

Mariner (1-1 in the league, 3-2 overall) put together two scoring drives after being shut out in the disastrous second quarter.