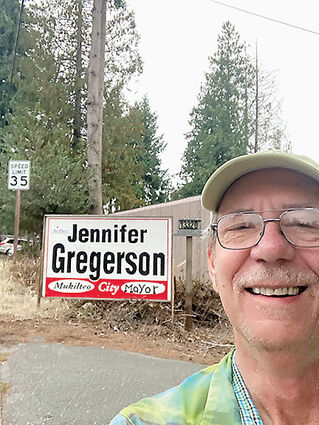 This homemade campaign sign hand-painted by Mayor Jennifer Gregerson and her father was stolen Monday, Oct. 4.

"It's just something that happens, and for usually a lot of different reasons," she said. "It's all part of the race."

But Gregerson describes the theft this week of a hand-painted sign from the top of her parents' driveway as over the top.

Gregerson and her father hand-painted the sign together when she first ran for City Council in 2003.