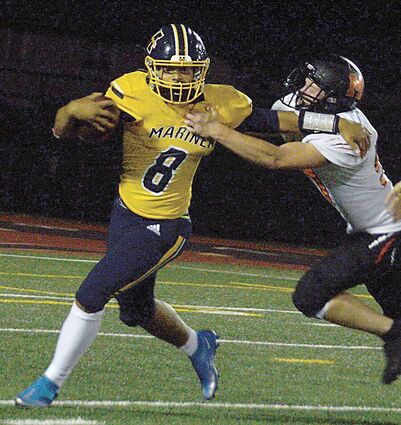 Mariner coach Mark Stewart is hoping his players learn from their surprisingly one-sided loss to Monroe.

Little went right for the Marauders in a 48-7 loss to the Bearcats in a nonconference football Friday, Sept. 24, at Goddard Stadium.

Quarterbacks Evan Leggett and Blake Spring each threw for two touchdowns and combined for 256 yards in a game neither team knew it would be playing less than 24 hours prior to kickoff.

Stewart was settling in for the night on Thursday when he received word at 8 p.m. of a change in his team's opponent. Meadowdale, the Marauders' scheduled opponent, informed...