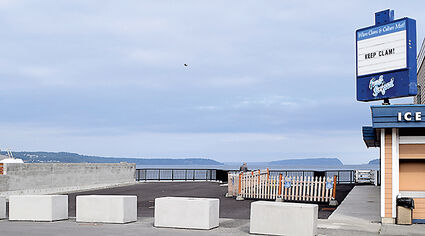 If you were to try to best describe the new waterfront parklet next to Ivar's, one way would be to call it the little parklet that could.

A few days after the entire property – the public portion and Ivar's section – was fenced off due to a disagreement between Ivar's and the City of Mukilteo, most of the fence was taken down, and the public part of the parklet was reopened to visitors. The Port of Everett owns and leases the parklet to Ivar's. The property is located where the approach ramp to the former ferry terminal was situated.

"The Port of Everett has taken over the development...