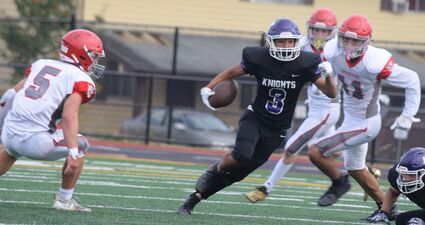 The Knights picked up right where they left off.

During an abbreviated four-game season earlier this spring, Kamiak cruised to a 4-0 record, outscoring its opponents 209-78, to head into the 2021 campaign with high hopes.

Those hopes were realized on just about every level, as Kamiak pounded Stanwood 50-21 in a Wesco football game Friday, Sept. 3, at Goddard Stadium.