A labor of love and compassion | Darn Wright 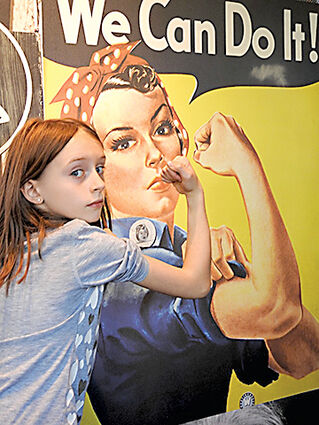 The inspirational World War II poster, Rosie the Riveter WE CAN DO IT, was the creation of our first woman cabinet member, Frances Perkins (1880-1965). This historical poster is still a motivator as exemplified by 11-year-old Charley Bevens.

It's only fitting with Labor Day in view on Sept. 6 that we discuss the woman who is credited with ending child labor, for the establishment of safer working conditions, fair wages for all, reasonable and healthier working hours, unemployment insurance, and that "dreaded" socialist Social Security system.

By stepping forward with her energy, polished political skills and empathy, she became an enemy of the pure capitalists and their supporters, one being the Russian-American writer and philosopher Ayn (I-an) Rand (1905-1982).