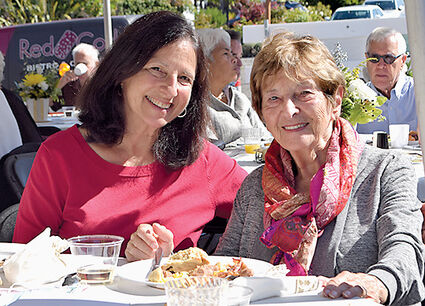 Last year marked the 100th anniversary of St. John Mission church, but due to the coronavirus pandemic, the celebration was postponed.

A year later, congregation members gathered outside for the church's Centennial Celebration and a catered brunch. What followed was good conversation and plenty of memories.

Until 1919, the Catholic community in Mukilteo worshiped in a home on Second Street. But later that year, St. John Mission was born. On Christmas Eve of 1919, Father Leo Hansen said the first mass.

St. John has always been a mission, meaning that it has no resid...