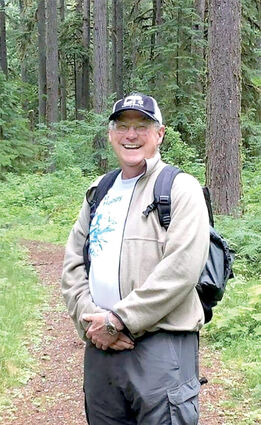 Dennis Lee Berkshire, 74, of Mukilteo, Washington, passed away peacefully with family by his side on June 22, 2021, due to complications from a stroke.

Dennis was born on March 4, 1947, in La Porte, Indiana, to Ruth Matilda and William Insley Berkshire. After graduating from high school in 1965, he went on to study Electrical Engineering at Purdue University in West Lafayette, Indiana.

His first engineering job was with Allen-Bradley. During his career as a controls engineer he worked at Allen-Bradley, General Electric, and Controlled Power, and he spent time in Texas, Wisconsin, Ohio, California, Maine, Australia, Alaska, Russia, Tonga, and various other locations.

On January 29, 1977, during a historic blizzard in Northeast Ohio, Dennis went on a blind date with Sandii Savage. Due to the severity of the snowstorm, the airport was closed for five days and he was unable to return to his home in California. During the snow delay, Dennis was introduced to Sandii’s three teenage children. They were quite a handful, but they were all immediately extremely fond of “Denny”! Sandii assured him that he could head back to California and “forget this all happened” but Dennis was all in. He and Sandii fell in love and married five months later. They were married for just shy of 44 years!

Dennis’ family in Washington, Ohio and Indiana, meant more to him than anything. Always wearing a smile on his face and ready with a welcoming bear hug, he was a consistent presence at his granddaughter’s 4H Dog Shows, soccer games, musical performances, basketball games, and swim meets.

Dennis and Sandii lived a wonderful and fun-loving life together. They loved riding the cable cars in San Francisco, taking long beach walks and hiking with the Everett Parks Department. Some of their favorite hikes were Skyline Divide, Heather Meadows, Cascade Pass, and Mount Pilchuck. Another favorite activity they shared was camping with family on Whidbey Island, in Joyce, Washington, and at numerous other places around the Pacific Northwest. One special bond shared between Sandii and Dennis was their love of their many dogs and cats.

His passion and appreciation for music was the gift he gave to those who knew him best. He was a true audiophile, and was a devotee of McIntosh amps and audio. There was rarely a time when his beloved stereo was not playing rock/jazz/blues/classical, or any other genre of music-with the finest sound money could buy.

Dennis was preceded in death by his parents and by his brothers, John and Jack Berkshire. He is survived by his wife Sandra Berkshire; his sister Jeannette Wothke; children Scott Savage (Denise Ruthenberg), Connie Savage and Brenda Savage (Chris Mills); grandchildren Alan and Libby Savage, Annie and Sam Mutschler, Katie and Olivia Mills; great grandson Malik Moore; and Daniel Kulle (Sandii and Dennis’ exchange student from Austria). Dennis was a positive role model to his children, grandchildren, and his many beloved nieces and nephews.

Dennis will be greatly missed by so many and will remain always in our hearts. He had such a positive impact on so many people’s lives.

A celebration of life will be held later this summer. In lieu of flowers, donations can be made to Old Dog Haven (olddoghaven.org).

“Music gives a soul to the universe, wings to the mind, flight to the imagination,

and life to everything” —Plato