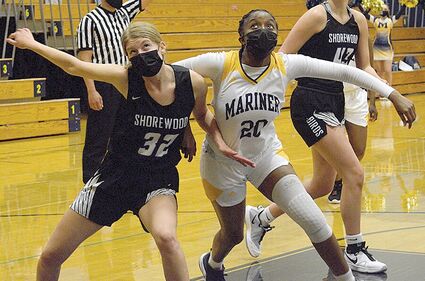 First-year head coach Reggie Davis understands it is going to take some time to rebuild the Mariner girls basketball program.

The Marauders have won only four league games the past two seasons, finishing near the bottom of the Wesco 4A standings.

But in watching video of some of the team's previous games, Davis noticed an important quality about Mariner.

"Even when they were losing, one thing that stood out was that generally they were the more athletic team," he said. "They weren't as skilled, but their athleticism stood out."

The Marauders' athleticism caused some problems for visiting Sh...