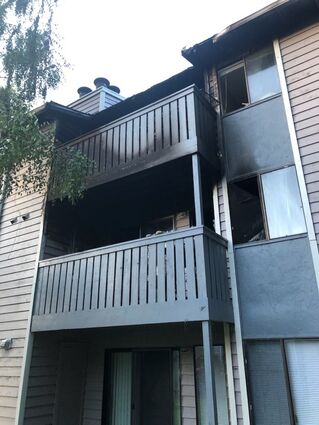 Two men were injured in an early morning fire that displaced 16 residents at an apartment complex in the Mariner neighborhood south of Everett on Sunday, May 16.

Dispatchers received multiple 911 calls around 3:40 a.m. reporting flames visible in a three-story building at the Hangar 128 Apartments in the 13000 block of 8th Ave. W.