A season of sweet success for Mariner | Softball 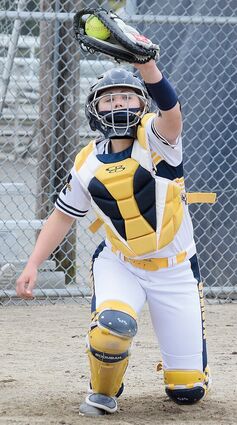 Mariner senior catcher Sarah Angelos reaches for a pitch against Cedarcrest April 28 at Mariner High School. Mariner has won six games this season so far, after winning a total of seven in the last three years.

All it took was one game.

That's all Mariner coach Nathan Beachy needed to know that the 2021 softball season was going to be far different than previous years.

The Marauders lost 5-4 to Shorewood but had the tying run on third base in the bottom of the seventh inning.

The players were frustrated with the loss, which left a bitter taste in their mouths.

"They're like, we should have won this game," Beachy said. "We had an opportunity."

The next game Mariner (6-5) didn't let opportunity slip away, rallying in the bottom of the seventh inning to defeat Meadowdale 4-3 for the first of six vict...