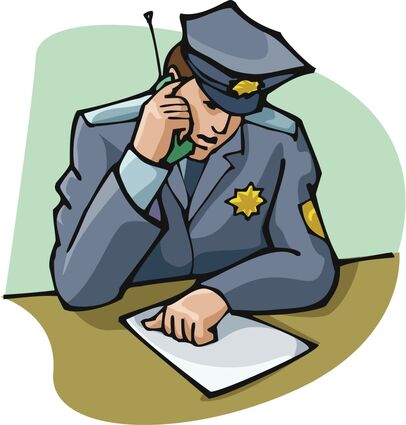 11700 blk. Mukilteo Speedway. A woman reported that her former boyfriend was harassing her via the phone. There were no threats and no order in place between the two. The officer provided information on how to obtain a no-contact order. Police talked with the boyfriend, who agreed to stop calling the woman.

600 blk. Front St. A caller reported seeing several teenage females swimming in the Puget Sound, and was worried about their safety. Police confirmed they were fine.

4700 blk. Charter Ln. A woman reported that her boyfriend assaulted her and choked her during an argument. Police talked to the suspect, who agreed to come into the police station to talk. The man was arrested when he arrived

2400 blk. Mukilteo Speedway. A woman was walking on the speedway when she was hit by a popsicle. She was not injured and the woman speculated that it more likely kids trying to be funny rather than an intentional assault.

900 blk. 1st St. Police assisted the state patrol with a woman who allegedly was refusing to pay for a ferry ticket. She said she already paid and was not going to pay again. Officers paid for the woman's $2.75 ticket, and she boarded the vessel.

9300 blk. 61st Ave. W. A resident said that her neighbor was throwing rocks at her house. Police did not see any rocks being thrown.

11800 blk. Harbour Pointe Blvd. A woman said she lied to officers earlier when they were investigating a domestic violence incident. She said she was assaulted by her boyfriend, who took away a knife she had armed herself with, and cut her arm with it.

4700 blk. Park Dr. A resident reported hearing yelling and banging from a neighboring unit. Police talked to a couple, who said they had been arguing. The man said he was leaving to stay in a local hotel for the night.

5300 blk. Harbour Pointe Blvd. A resident said there was a TV with the volume turned up at her neighbor's apartment. The TV was turned off before police arrived.

11900 blk. Cyrus Way. A caller reported seeing a man walking around with a machete in his hands. Police could not locate the individual.

1100 blk. 2nd St. A resident reported the theft of $91,000 of jewelry. The victim, 91, recently noticed her jewelry collection was gone, but nothing else was missing.

3800 blk. Harbour Pointe Blvd. SW. Store employees called about a man causing a disturbance and harassing customers. Police contacted the suspect as he was walking away. He said he was upset he did not have more money on his bank card.

900 blk. Front St. A man contacted Washington State Ferries and wanted a free ride to Clinton. He was told he had to pay, and then subsequently became upset and left several garbage bags of belongings. He told ferry staff that they were their problems now.

11700 blk. Mukilteo Speedway. A man stole beer and water, and fled on a bicycle. Police were unable to locate the suspect.

11100 blk. Chennault Beach Rd. A resident said that another man had threatened him with a handgun. The suspect allegedly confronted the resident's adult son in the parking lot for playing loud music. The resident then got into an argument with the suspect, who then allegedly lifted up his shirt, showing the handgun. The suspect did have a valid concealed weapons permit license and denied making any threats with the gun or pulling the gun out. He did admit to lifting his shirt to show the gun. The handgun was taken as evidence.

4100 blk. Harbour Pointe Blvd. SW. An employee reported damage to a business' garage. Damage was estimated at over $19,000.

8500 blk. 46th Pl. W. A resident said a package was taken from a mailbox. Other neighbors reported open mailboxes at the same time of the incident.

4700 blk. Harbour. A father and daughter were crossing the street near the fire station, and reported that a vehicle accelerated and almost hit them.

84th St. SW./Mukilteo Speedway. A caller reported a man on a bicycle was yelling at passing cars. Officers contacted the man, who appeared to be intoxicated. He said he was riding his bike to the transit center.

4800 blk. Harbour Pointe Blvd. A man at a bus stop said he has smoked some marijuana and was not feeling good. Aid transported the man to the hospital.

10700 blk. 64th Pl. W. A caller said someone was doing auto bodywork and making loud metal grinding noises. Officers checked the area and did not hear any of these noises.

5500 blk. Harbour Pointe Blvd. Police were called about a dispute between neighbors that concerned potted plants being moved by one party.

5000 blk. 84th St. SW. A woman said she was receiving threatening phone calls from a man. A domestic violence no- contact order exists between the woman and man. The woman said the man had been over at the apartment the last few day. The officer referred a charge for the violation of the no-contact order.

Turn the TV down

5300 blk. Harbour Pointe Blvd. A resident said her neighbor had the TV on too loud. Police investigated and were not able to hear any loud noises.

8900 blk. 49th Ave. W. A caller said a manhole cover had been moved and fell into the sewer. Public Works was notified, and they contacted the water district.

11000 blk. Harbour Pointe Blvd. A caller said a man was toasting pedestrians with a beer. Police contacted the man, who agreed to leave the area.

9600 blk. Harbour Pl. Two men were seen rummaging through the trash in a parking garage.

8400 blk. Mukilteo Speedway. An employee called about 15 to 20 teens congregating in the parking lot. Police contacted the road and they agreed to leave.

5400 blk. Harbour Pointe Blvd. A driver said he was driving 5 to 10 miles slower than the 35 speed limit because of having food in the vehicle. He alleged that he was being tailgated by another vehicle.

11400 blk. Cyrus Way. While on patrol, an officer noticed a family of ducks trying to cross the road, and cars swerving to avoid them. The officer stopped and escorted the ducks across the roadway.

13100 blk. 47th Pl. W. A caller said a woman got out of a vehicle and urinated on the sidewalk. Police could not locate the vehicle.

11700 blk. Mukilteo Speedway. While on patrol, police located an intoxicated man walking in the middle of the roadway. Arrangements were made to have a relative give the man a ride home.

8000 blk. 47th Pl. W. A resident reported several mailboxes were open, and appeared to have been prowled.

4200 blk. Russell Rd. A man and were arguing after the man created an online dating profile to make his girlfriend jealous.

5th St./Mukilteo Blvd. A resident said people near the train tracks were lighting off fireworks..

4800 blk. Harbour Heights Dr. A man called police after a woman assaulted him. The man had cuts/marks on his throat and arms. The woman became combative when cuffed by police and kicked an officer.

4600 blk. 80th St. SW. A resident received mail belonging to people in Everett. The mail was dropped off at the post office for redelivery.

11800 blk. Harbor Pointe Blvd. A woman said her boyfriend was breaking objects. The woman was intoxicated and indicated the argument was verbal, and the boyfriend broke his own property. The man agreed to stay at his mother's residence. 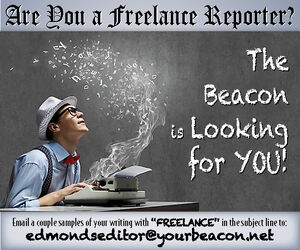