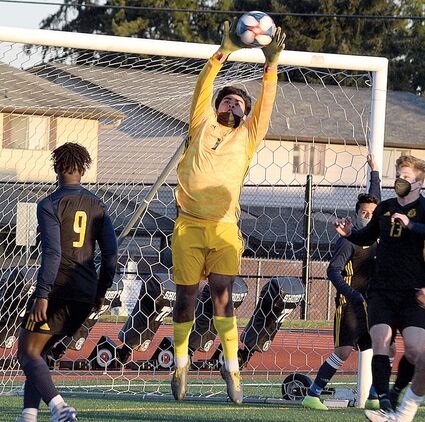 Mariner goalkeeper Jesus Pacheco reaches for the ball against Cascade during a Wesco game, Tuesday, April 13, at Goddard Stadum.

Mariner learned a lesson – they need to cash in on its opportunities.

The Marauders did that against Cascade and pulled out a 3-1 victory in a Wesco boys soccer contest Tuesday, April 13, at Goddard Stadium. A day later, the Marauders didn't follow through and ended up with a disappointing 1-1 tie against Archbishop Murphy.

"We should have probably won that game," Mariner coach Henry Busch said of the tie. "We had a few opportunities we couldn't put away, but that's the way it goes."