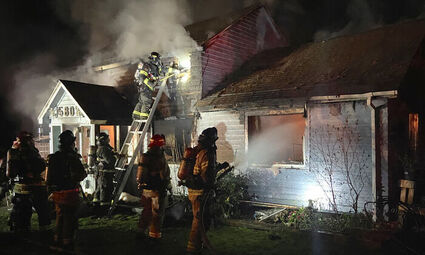 Two people were seriously injured in an early morning house fire in the Picnic Point area south of Mukilteo.

The two people injured were a woman, who lived at the house and her son, who was visiting. Both were outside the house when South County Fire crews arrived.

Both had been exposed to smoke and flames. They were transported by paramedics to Harborview Medical Center.

Three other people were in the house at the time of the fire – a...