Time to nominate the 2021 Mukilteo Citizen of the Year 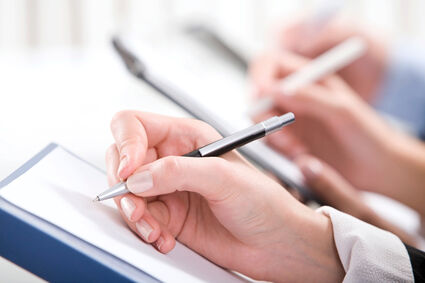 "When Skip and I received word that we were selected Citizens of the Year 2001, we felt so many different emotions – shocked, surprised, honored, and humbled," said Skip Kidd and Lynette Gardiner-Kidd, the 2001 Mukilteo Citizens of the Year. "Volunteering in our community is what we do and have always done. Being civically minded and being recognized by our peers for our behind the scenes contributions makes living in Mukilteo enjoyable."

Stan Lundgard, 2015 Mukilteo COY said, "I was humbled and honored when I learned I was selected as Citizen of the Year. I have volunteered with organizations because I enjoyed doing so and because I felt I was giving back to the community. I was not doing it for recognition. I have heard my daughters tell friends that I was COY, so apparently they are proud of the fact."

Debra Brown Bordsen, the 2016 recipient, understood the rich history of the award.

"I was very surprised and very humbled to receive the award because of the amazing people who have received the award before me, such as both my parents – Lois and Bruce Brown ­– Skip and Lynette Kidd, Tim Taylor, Jeannie James and so many others," she said. "I was touched to be included with such great people. I believe the award honors those citizens, who have built a body of work over the years of giving back to Mukilteo to make it a better place for all of us."

Do you know someone that you'd like to nominate and see recognized for their contributions to the Mukilteo community?

The rules are simple. Nominees must live in the City of Mukilteo. No one who holds a political office or who is a paid supporter of Mukilteo is eligible. No self-nominating is permitted.

The voting committee made up of past COYs will meet to vote after the nomination deadline of June 11. The 2021 Mukilteo Citizen of the Year will be announced this summer and will be honored during the Mukilteo Lighthouse Parade.

The award, sponsored by the Mukilteo Kiwanis Club, has been given out annually (with a few exceptions) since 1970

For nomination forms check out this week's Mukilteo Beacon and future editions.

In some years, more than one person won, such as in 2012 when Steve and Darlene Conkle were named co-Citizens of the Year. This has happened a total of 10 times – 11 if you include 1977's winner, the Mukilteo Volunteer Firemen.

Some families have been represented more than once. The Taylors lead the way with four winners, and the Browns, Colliers, Coffins, Conkles, Kidds, and Ameses all have multiple winners as well.