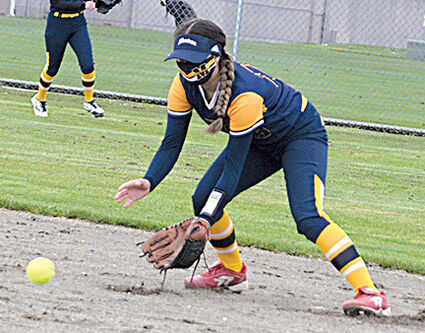 Mariner's Sammy Bruton fields a ball during a Wesco game against Shorewood.

It's clearly going to be quite a different year for the Mariner softball team.

The last time the Marauders took the field in 2019, they won only one of 20 games.